Chapter 2:
Miguel O'Brien ran with the Apaches
He ran and ran, and as his legs grew he glided over the desert earth 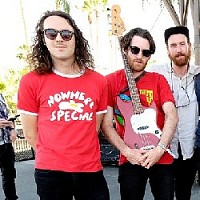 His blue eyes showed his father's race
He never wore the white painted face of the slave
He was valued for his stamina and distant vision
By the time he was 15, he had already killed Mexican troopers and feared no man