Just a boy from Southern Cali
L.A. county to be exact
South Bay, oh matter of fact
Trying to put the city on my back
Since my grandpa worked on them railroads
It only make sense that I know how to lay them tracks
Reference don't make sense but their ignorance leaves no point
When they can't tell the difference
fotky 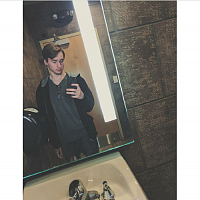 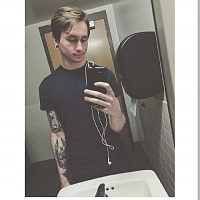 Between a chink or a jap
Striving writing for the days that I get to laugh
They say those who laugh last, laugh the longest
But let's be honest, not even trying to be modest
Can't be a greatest of all time when I still come up with lines like
I'm harder than an Onix
"Ummmmm... what did he just say"
Yeah I said it, I don't regret it
I meant every word if you haven't already heard
I'll say it one more time
I'm harder than an ONIXXX
It's with the most humble arrogance that I be tearing this beat
But the title and the crown I can't be wearing it
Cause the torch hasn't been passed but I'm on the course
To the path to surpass and match the stars who be carrying it
How many times do I have to warn you not to climb into the bandwagon when the stars align
But it's time for me to shine
I just ask the haters to humble me if I ever get out of line
You thought I was done but I'm only getting started
I been disregarded and always overlooked
And as I'm dreamin like Martin and always workin my hardest
To be more than artist with a sixteen and a hook
Used to do this for applauses and laughs and giggles and shit
But riddle me this, how'd I get caught in the middle of this
When I was so close to callin it quits
What are the causes that kept me steerin this ship ?
I work on my rhyme scheme, I work on my wordplay
While the homies get drunk and party it up on Thursday
Sitting back home trying to increase my fan base to a Colt following
As if I'm Jim Irsay
I wouldn't say I reached the point per say
But the greatest since Pac is emerging
I don't do it to push a Rav-4 but I don't do it to push a Lambo Mercy
Shout out to the one or two, couple of other few, who got me through these low times
Who saw my potential, saw me as special
Walked by my side when I couldn't even hold mine
Now that it's showtime, time to strike gold mine, fuck a co-sign
Show the world what I got
Championships are earned, titles are deserved
Honor is something that could never be bought
Oh God
I'm just tryna be the greatest, uh
Shout-out Kenny but you know I gotta slay ya on yo own shit
All my shit the latest, fuck a old bitch
Oh shit, got a new moniker, they askin' what he brewin' like Hanukkah
My tape in the making dawg
Little patience; I swear we gonna make it y'all
Cause every time they come around they be hollerin' that
Whoop de whoop
Blah ze blah
He say, she say
Oh my God
Shut the fuck up, fuckas never loved us, remember ?
Mofucka?
So if you hatin' let me hear you do it
Naw
Admit that I'm the man when it come to it
Uh
And yo boy got the dream still, tryna get on Dreamville's roster
If Cole don't sign me, I still fuck the opposition, funny how positions change huh ?
Still remain the same mayne, never change up
Shootin' from the arc getcha range up, gotta aim up
Betta hang it up boy
So gimme the pen and pad, matter fact, get the fuck back
I ain't playin no games mofocka and I swear that
With all these bitches that I get at I'm just slowly tryna find where my mofockin' head at
Aki