Of All Time - text

[Dom Speaks:]
Things finally looking up, Girls finally getting down
When hoes around slows you down

Yea
[Verse 1: Dom Kennedy]
It's either be on my team, or you'll probably lose
The day you shut down my city nigga I'll probably moved
I feel like I'm the only nigga poppin and that's probably true
Poly set the screen, I'm just waitin on my alley oop
My girl is sweeter than berrys, Halle too
I might get her a couple rings if she Audi cool
AA'in it's hard to stay patient, when you hear that M5
And the nigga paid Franklin's
Hollywood sign, my little niggas stay adjacent
It's money in the air like somebody sprayed a fragrance
What success sound like when you dressed down nice
Damn... Everything I do in the West sound right
This feel like Nike when they just found Mike
Or them black and white commercials when they just found Spike
Then them Porsches in a circle getting spint round twice
I ain't makin money off music? Then what this sound like nigga? 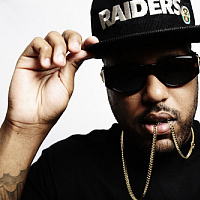 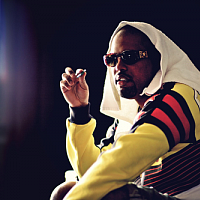 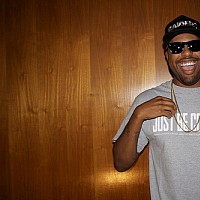 [Hook: BJ The Chicago Kid]
Ya'll do ya'll dog and I'm a do me
And in the end trust me we gone see
The real one that's destined to be
The Coldest Nigga Of All Time
Who are you dog compared to me?
You the States I'm over seas
C.N.O.A.T, Coldest Nigga Of All Time
[Verse 2: Dom Kennedy]
Black candle, Black lighter, Black Roses
I'm showing niggas the way I'm like the black Moses
For South Central, LA this like the Black Opis
King of 8th nigga get ya Google Maps open
LA's finest pull me over with they whack slogan
And pound my shit if you want, I'll be back rollin
A week later I'm at the lot with a stack, Hold It!
Shit I got a generation on my back (Go in)
For loose listeners I don't want to petition ya
Hand over my heart if you fuck with me unconditional
Fortune 500 Dom on my Mom
It's like Iraq in this shit, tell Flex drop the bomb
Number one with a bullet, bet I knock it off
Best nigga in LA if I'm never not involved
I be aimin for the heavens I ain't never shot at blogs
Why you scared to speak to me? I ain't never got at ya'll. Hah
[Hook: BJ The Chicago Kid]
[Verse 3: Dom Kennedy]
Fear em, soon as you hear em
Upon my arrival the real niggas cheer em
Black Mac Book, keep my business in line
I think a Jesus Piece might keep my Spirit Divine
But I read a passage to keep my lyrics in line
I ain't reached the masses but still I feel I've been tryin (Naw)
Shit at least I feel I can grind
Million dollar deal, at least I will when I sign (HA)
You spent a DEM on your cloths
Buyin Louis belts I can see em off a show
Fuck Video hoes, I done seen em when they broke
Tryin to get a date I done seen all in they throat
[Hook: BJ The Chicago Kid]
[Verse 4: BJ The Chicago Kid]
Even in the summer four key stunner
(Coldest Nigga Of All Time)
And you ain't never got to wonder, on out the summer
(Coldest Nigga Of All Time)
Hurry up take a picture, Cause you don't want to miss the
(Coldest Nigga Of All Time)
And you ain't got to check the list but I'm right there under Mr
(Coldest Nigga Of All Time)