[Joey BADA$$]
I'm a beast with these flows
Two birds, one stoned, you get geese’d when trees rolled
They say I'm evil cause I trained my ego to see gold
Cause he know, seagulls couldn't see these goals, please
It's the return of the beast coast
No cash flashed, but the cheese still make teeth show
Incognito, is how you move on the strip
What you trynna be Vito? Well there's rules to this shit
Don't get clapped, ya'll ain't real spitters, ya'll lips chapped
Better watch it, Mr. Nicewatch, don't risk that
I got a 6 pack of bare skill that I spill like that
And everybody know (That shit crack!)
Ya'll niggas softspoken, down below choking
The type to drop the soap when you soakin' in front of most men
It makes sense why you want beef, well this frozen
It's nuts for you screwed in the tool, and can't hold em
Better shoot yourself Plaxico, because I'm next to go
The Progressive flows from New York to New Mexico
My lyrical span is what the fans is demandin'
Step into my box and that's exactly what'chu stand in
Ain't no half steppin' 'round me
And you gotta drown a fish before you clown me
The young cop killer, I'm dat ill, so doc' will ya
Give me two shots for 2Pac killer....nigga

[Capital STEEZ]
Soul searchin' 'till my flows are perfect
I ain't trynna be a slave to grow old from workin'
Sorry BADA$$, you lucky that I peeped it second
Tell them niggas keep it steppin' with they beat selection
Check the melodies, it's so heavenly
That shit'll get your hips to move no 70's
Audi-opium, can I bust soliloquies
Got that shit mix and mastered both remedies
Grab a spoonful, we sturrin' up a pot
And you know we gotta serve it while it's hot
I'm flowin' like a volcano and drippin' verses off the top
Dirty cops still swervin' on the block
Lookin' for black kids, that spittin' up acid
It's in my jeans so don't worry where my parents is
Get with the script it's that ignorant shit
And they bound to get sick of us quick but I ain't sealin' my lips
It's a shift, I know you feel it man
We blowin' up like a ceiling fan
Droppin' off jewels like Killa Cam's man
When it comes to kickin' verses I'm Mr. Van Damme
Crushin' strawberries it's a jam
So throw up both hands if you can
Ironic how I'm killin' this shit, until they bury me
My volume is going in depth with longevity
Stupids
fotky 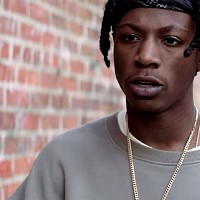 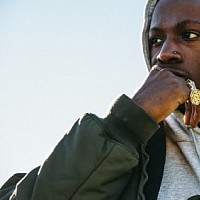 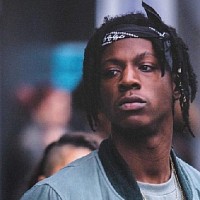