From the block to the top, Buddha baggies in a sock
Only thing that changed now is we ain’t runnin' out of stock
Use to beg mom dukes for lunch money
Honies used to run from me when pockets was dust bunnies
Now what’s funny, is we done came up and conquered
Even the future lookin' bonkers from Compton to Yonkers
Though them gangstas grill, I tell ‘em keep that drama away
Don’t fuck wit thieves, I like Jay so who sponsorin' the tape
They launchin' out strays, I’m tryin' not to get sprayed
Whether a spitter or a quitter behind the trigger
Approachin' his prey his eyes bigger
Won’t stop to consider what’s right or wrong
Because it’s hard liquor that’s inside his liver


[Ref x2]
But that’s just daily routine
The streets is cooped fiends
Whether the hoops or the booth, niggas shoot dreams
Better choose the right scheme
Cause you can think you cool with your nice things
But get wiped cleaned for ice cream when the lights beam
Traded in my Nikes for a new mic
I guess it’s safe to say he sold soles for his new life
Like they were tryna blind us but we know the true designer
They didn't wanna see us find the diviners
So now we hit the vines, up day and night
On the regular, I know my momma prayin'
Like she want me reach my aims in life but just stay in sight
So I'm shootin' for my dreams, hit the booth and it boost my esteem
The Pro Era crew recruitin' in them fiends, by the boat load
Nigga caught a wave and now he surfin' coastal
They don't feel the name but they say that music dope though
Fuck it that's how its supposed to go, these bloggers too emotional
They'll be postin' you until labels start Interscopin' you
By then it's wild late and I'll be chillin' where I lay
Cause I rather see the top than to be livin' where I lay
Imbalances in my Kundalini, they tryna put two through my beanie
Wish you well, tryin' to poof a geenie
fotky 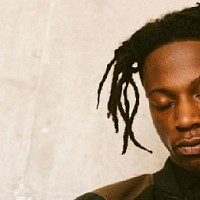 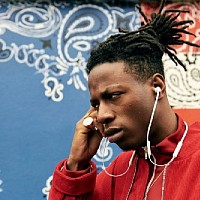 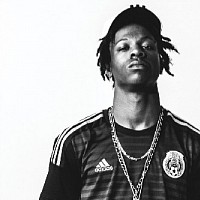