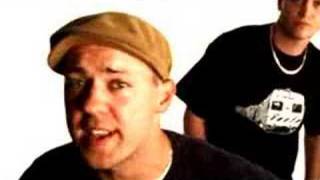 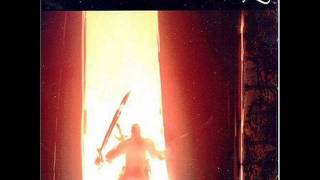 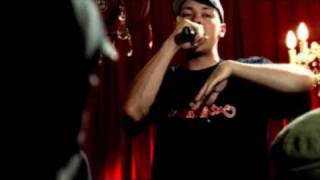 Let me introduce myself, raise them beers
Suffa MC, been doing this for more than ten years
Ever since I was a youngster, I brought the funk for
The love, and for the party people to get drunk to
Since back in the day we've been the major crew
When I step on the stage it's like déjà vu
Years of performing, years of practice
Respect from my peers, my girls tears on the mattress
Every time that we went on tour
And she was left behind feeling insecure
But she needn't worry; I wasn't chasing a girl to rock right
I was chasing the warm glow of a spotlight
City after city, state to state
We were just three mates rocking beats and breaks
So if you made it to a Hoods show to check the style
You get much respect, you made it all worthwhile


Let me introduce myself, raise them beers
Pressure MC, been doing this for more than ten years
It's been a long road, I'm glad I stayed on track
A dream of making raps, and getting played on wax
It seems that faking jacks want to cause my demise
Along the way wouldn't give me play but couldn't stop the course of my rise
Now of course the sky's the limit, we fly get with it
You ain't underground just because you dig it
It took infinite skills and hard work to get this far jerk
Look me in the face, now I'm the one who wears a smart smirk
It wasn't all negative, took the good with the bad
Us falling off will never happen, like catching the Hoods in drag
In orderly fashion I'm thanking those who supported me
Wouldn't be where I'm standing if they hadn't have fought for me
From a nothing rep, now we live busting sets
So if you own a Hoods album you get nuff respect
Let me introduce myself, raise them beers
Suffa MC, been doing this for more than ten years
We've been through a lot to perfect this art
When Next left the group it near broke my heart
But then Debris stepped up as the DJ
A super team spearheaded by PJ
Chasing dreams like Fats chasing punani
It's all about the culture, never been about the money
But we had to watch people trying to take advantage
Of us, trying to damn near rob us
We got slowed down by dodgy contract offers
But it would take a nation of millions to stop us
We got our propers, paid our dues in triplicate
Ripping it, till other crews were insignificant
I've stayed true, never made myself a hypocrite
Trust me, I'm wise I got the certificate
fotky 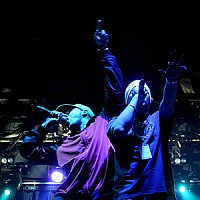 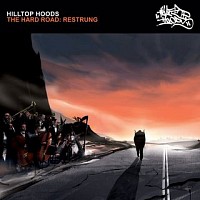 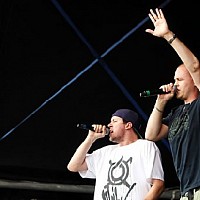 Let me introduce myself, raise them beers
Pressure MC, been doing this for more than ten years
Yeah we made it far, through beats pumping and flows
My bro Rated R props for being the drunkest at shows
And support from my mates who fought for the stakes
Of Oz Hip-Hop, props to record stores, I bought from their crates
You see talking it takes less than walking the stakes
So put your money where your mouth is and quit flaunting as fakes
For those who stuck by me over time I put yours over mine
Don't have to speak your names you know my mind
In this simple game of respect it's given as it's taken
Been given props, now respected tracks is what I'm making
Shouts to everyone I met on tour
It's our Hip-Hop ladies and gentlemen let's keep it pure
So here's another LP from the Hoods to crank to
Hope you dig the rest of this album people I got to thank you