News had drifted on the wind of many minds that this was to be an occasion of great importance. For it was said, by some, that Earth City had somehow uncovered a single time sleeper from the time before.
Although the cryptic writings upon his tomb were now faded beyond decipherable reading, it was said, by the disembodied members of the ruling kind, that the entombed was from that time on Earth before the city stretched it's metal web from pole to pole leaving green things only in the wells of immortal minds.
Upon the third revolution after it's arrival, the tomb that slept without life was removed for inspection. The day was programmed for a clear dome above, with a mild breeze wafting from the central weather post below. Throngs of class three occupants were gathering from various sectors to observe the opening. As per standard procedure, their data input stations were fed appropriate propaganda so that their reports would coincide with what the rulers had predetermined.
fotky 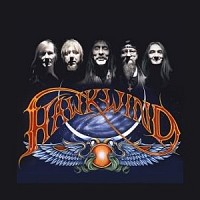 And so it was upon that day of opening, his spirit did appear and confuse once again. It was evident to all that what lay within was not of mortal composure. Thoughts emanating from deep within it's dimensionless cave conveyed this belief to all within the medi-dome. What is this apparition now amongst our kind? Quickly thereafter, all pressure was released from within the stillness. Earth City, unknowingly at that time, was about to enter a new phase of existence. Violent quaking began to shake the towers of sector 63. Manifestations of melting spread it's wings over the structures until once again ancient soil kissed the sky.
And the beginning of the end swept all that was into it's eternal grasp.