Masque of the Red Death - text

It was a time when life was short
Long devastated was the land
Never had there ever been
A more fatal plague against all man
Pungent pain, sudden faintness
Your energy begins to fade
As you stand there somewhat daunted
You know 'Red Death' is on it's way
Blood, blood, blood and more blood
Profuse bleeding at the pores
You watch your blood slowly sizzle
As your flesh dissolves some more
Screams of anguish, blood still flowing
Pollutes the ground a rotten red
Your time has come, you must meet your maker
As you slip into the valley of the shadow of death


[II. The Prince's Master Plan]
All men feared this great disaster
But the valiant Prince had the only answer
For his majesty and his chosen ones
The inception of new life would free them of contagion
Magnificent it was this structure of seclusion
Surrounded by these walls so massive yet elusive
The gates were welded shut impervious to those forsaken
Never letting go of the souls that were taken
There was beauty, there was wine
Ambrosia and sweet nectar
Flowing from within
All appliances of pleasure
Inside the Master-Plan
Providing noble lunacy
Outside the palace gates
'Red Death' just sits and waits for you
[Narration:]
It was toward the close of the fifth or
sixth month of his seclusion, and while the
pestilence raged most furiously abroad, that
the Prince Prospreo entertained his thousand
friends at a masked ball of the most unusual
magnificence... Edgar Allen Poe (1809-1849)
fotky 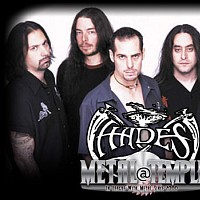 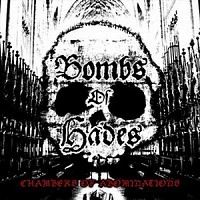 [III. The Masquerade including the Twelfth Hour and Return of the Red Death]
Bizzare it was seven chambers
Held this jubilee except for one
It stood alone, the western wing
Where no one shared it's offerings
Blood tinted panes, brazier or fire
Projects it's rays
A clock stands tall, ominous
It warns of death so soon to be
So loud, so deep the guests pay heed
The dissonant ring of ebony
The crowd goes pale as darkness
Shrouds the maskers in their revelry
Then as the echos ceasde
A light laughter spread through the assembly
And all is well
Until the next chiming of old ebony
The ebony clock struck the twelfth hour
And everyting ceased as the revellers cowered
The pendulum swings all still, all silent
Save the voice of old ebony
As the last chime died and sunk into silence
Soon it was felt a presence so strange
Tall and gaunt who is this masked figure
Shrouded in habiliments of the grave?
His blood splattered mask bore a striking resemblence
The countenance of a rigid corpse
He stalked to and fro in a slow, solemn movement
Enraging the Duke, invasion of his sanctuary
'Seize him, unmask him, ' commanded the prince
'Who dares insult us with this blasphemous mockery?
You'll hang at sunrise! '
Not a person came forth it seemed like all was lost
As the intruder make his way unimpeded
An anon he went on trugged through each chamber
Where the music once swelled and the dreams lived on and on
The prince in pursuit dagger drawn aloft
As the figure retreats to the seventh chamber
He suddenly turns, a piercing sharp cry
Now the Prince lay dead in the hall of the velvet...
Then summoning the wild courage of despair,
A throng of revellers at once threw themselves
Into the black apartment, and seizing the mummer,
Whose tall dark figure stood erect and motionless
Within the shadow of the ebony clock, gasped
In unutterable horror at finding the grave
Cerements and corpse-like mask, which they
Handled with so violent a rudeness, untenated
By any tangible form.
And now was acknowlegded the presence
Of the Red Death. He had come as a thief
In the night and one by one droppd the revellers
In the blood-bedewed halls of their revel,
And died each in the despairing posture of his fall.
As the life of the ebony clock went out
With that the last of the gay.
And the flames of the tripods expired. And Darkness
And Decay and the Red Death held illimitable dominion over all...