[Verse]
I pop a whatchya-ma-call-it, but it got side-effects
Dick rock-hard like a math test
Hit it from the side, that's a side-effect
I'm a Zone 6 nigga, now you're my bitch
Slurpin' up the drank and it got side-effects
Shit expensive, bitch, you thirsty like a cactus
Tried to DM a bad bitch, but he got catfished
Doin' editin', turns out she's just a fat bitch
Trynna keep her with the 'Wop, but it got side-effects
He filin' bankrupted, turned up on the internet
He lease the Wraith, he deficient on his taxes
Thought he was trappin', where the cash at, you stashed it
I'm El Gato, front door, but it got side-effects
My dope defy the laws of science, I'm a scientist
I put a key in my rerock machine and press it
It came from Tijuana but I had to skretch it
Cartel affiliations, man, they causin' side-effects
I'm talkin' pull up to the plug in a private jet
I'm talkin' numbers so low, it got me cheesin'
Blowin' money like trees, Big Meechin'
I'm droppin' good game on your big peaches
I just scope-tracked the trailer, free reefer
Side-effects strike first, Grim Reaper
Desert Eagle, four-five, street-sweeper
Like Gucci really see dead people
I mean really man, I see dead people
Body found, don't make it a sequel
Side-effect, me an' you are not equal
Growin' up, I did shit so evil
Yesterday, half a mil' for two features
Niggas warin' in the streets, we ain't equal
If I get caught, I see no evil
A side-effect, I bought a brick and two Beepers
How you snitchin' on a nigga that feed you?
A side-effect, get rich, they turn evil
Is that a car, is that a plane? No, that's a creature
Guwop 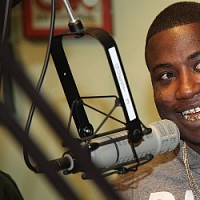 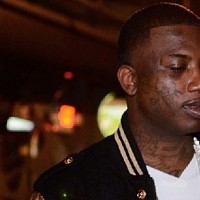 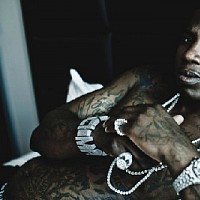