From one to four was such a bore I remember how I hated having all those people paw all over me and talk baby talk, they'd say goo-goo, isn't she cunning. Poor dear, she has her father's nose, ah-tic-a-tic-a-tic-a-tic-a-tic-a. The years from five to eight I hate, I've grown into a very unattractive child and consequently was utterly and completely ignored. But I didn't really mind, I had a book of Mother Goose and Mother Goose is pretty hot stuff when you're five years old
At nine I had the measles so that didn't count. At ten I'd reached the performing stage and at the drop of a hat mother would call me in and have me sing The Rosary for her guests. I never will forget how papa used to squirm when I hit that high note
fotky 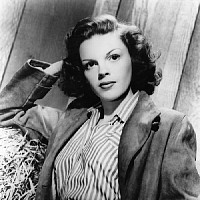 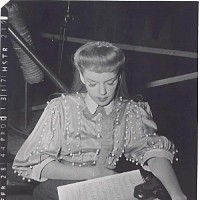 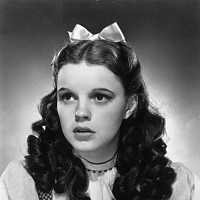 From eleven to thirteen I'd rather not speak of. It was bad enough having Jimmy Doogan pull my hair in school but it was positively humiliating to have my own mother refer to me as her dear little ugly duckling
At fourteen I had my first taste of romance. It was at a party at dancing school and he was younger than I was, shorter than I was. Oh but he had a wonderful name - Archibold. And he really like me too, he really did but I had to go and spoil it all. I asked him right out if he'd be my best beau. That was the last I ever saw of him
By now I was fifteen and pretty miserable. Mother refused to let me wear any lipstick or rouge and I went around looking as pale as death. It was then that I decided to join the monastary. And I would have too, if it hadn't been for Bing Crosby. I was afraid they wouldn'thave any radios in monastaries. So, I devoted my fifteenth year to Kraft cheese
But now it's a different story, I can brush away the tears
And lau-augh at those awful fifteen years - For now I'm ...
Sweet Sixteen and I've got my first long dress
I can even have a date one night a week
I can paint my lips a little and rouge my cheeks
I'm sweet sixteen but I really must confess
Although this grown up life isn't simple
I wouldn't change places with Shirley Temple
Gee it's great to be just as free as the birds - above me
I'm a Juliet out to get a Romeo to love me
I ask you, please forget that I was an in-between
I mean my flags unfurled, I'm a woman of the world
I'm sweet sixteen...