A powerful force that comes from the other side
The house is haunted, coffins erupt outside
It lies to her and it does as it please
To her it's a child, to us it's the beast
Chorus:
Life force - a light that draws them near!
The terror - that holds their souls in fear!
fotky 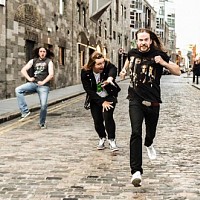 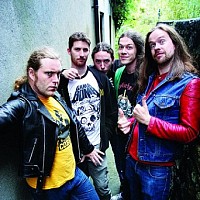 Beware the specters avail in the graveyard, the earth will churn
…and powerful beyond the veil, they have returned
For profit, you built on sacred ground
For vengeance, they ?write? with an awful sound
A vortex you'll find down under the stairs
…they came and took her there
It's jealous of the living and it wants revenge
It will possess your home, your children, and then
At the mercy of intruders that we cannot see
A voice in the static of the TV screen
Such evil, was buried there
Your daughter, it lies to her
Her aura, it burns so bright
Whatever you do, stay away from the light