Listen to the victim, abused by the system
The basis is racist, you know that we must face this.
"It can't happen here".
"Take a look around at the cities and the towns."


See them hunting, creeping, sneaking
Breeding fear and loathing with the lies they're speaking
The knife, the gun, broken bottle, petrol bomb
There is no future when the past soon come.
And when they come to ethnically cleanse me
Will you speak out? Will you defend me?
Or laugh through a glass eye as they rape our lives
Trampled underfoot by the right on the rise
fotky 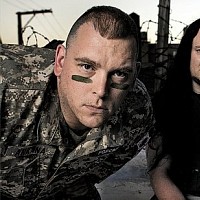 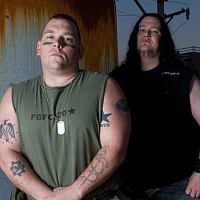 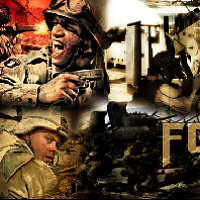 [CHORUS}
Ich bin ein Ausländer (x4)
Welcome to a state where the politics of hate
Shout loud in the crowd "Watch them beat us all down"
There's a rising tide in the rivers of blood
But if the answer isn't violence, neither is your silence
If they come to ethnically cleanse me
Will you speak out? Will you defend me?
Freedom of expression doesn't make it alright
Trampled underfoot by the rise of the right
[CHORUS]
Ich bin ein Ausländer. (x8)
Ausländer