The Joker vs Pennywise - text

[The Joker]
In my first appearance, the bat was supposed to slay me
But i can’t be killed, that’s why they cast a phoenix to play me! (hee-hee!)
I’m the harlequin of hate, the clown prince of crime
You’re a sewer troll that stephen king wrote between his lines!
(ha-ha-ha-ha!)
It’s like cocaine, you know what i said
I don’t know how any kind of joke could ever go over that head!
"they all float!" says the quote, but your films, they all sink
Oh, and as far as mr. king goes, i’m a shining man, wink! (ha-ha-ha-ha!)
I make the justice league look like just a bunch of super schlubs
You lost to a herd of nerds who call themselves the losers' club!
You’ll be gobbled up in gotham, so stick to your small town
Where you’re renowned as the "if it’s brown, flush it down clown


[Pennywise]
Hiya, jokie! you wanna rap?
Rap, rap, rap, rap, rap, rap, rap, rap, rap, rap, rap, rap
Oh, why so serious? you’re supposed to be the man who laughs
But those jokes were like your new movie: (aha!), mostly really sad.
Beep beep! you’re a john doe in my deadlights, and you’re about to fall from a new height
‘cause you’re weak and you’ve lost every fight to a knight who wears underwear over his tights! (ha-ha-ha!)
I haunt nightmares and i’m ruthless
This battle’s like poker, the joker is useless
Winning's not in your cards, call me arkham asylum, i’m crazy with bars!
Jack nicholson played you just fine, but lately the casting's declined
Jared leto came out trying to look like he was tekashi 6ix9ine!
So unless you’ve got a yummy younger brother, i think you’d better run
‘cause i’ve got 99 red balloons, bitch, and i dare you to take one
[The Joker]
Go back in your well, you giggling sewer ginger
You lost to a turtle that wasn’t even a ninja
When i flow i go mark ham with ill zingers!
I steal the show like bob kane stole from bill finger! (ha-ha-ha!)
I spit acid, be wowed, every joke of mine stings!
You’re three night lights in a cloud beat by the kid from stranger things!
When i compare your antics to the fiendish schemes i revel in
They pale like the moonlight you can dance with the devil in
fotky 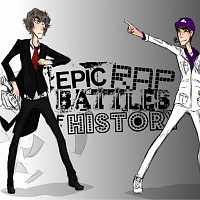 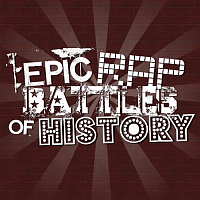 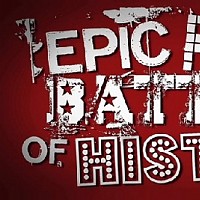 [Pennywise]
Pennywise likes the devil, we have so much fun together
But no one’s dying to play with joker...except for maybe heath ledger!
Puddin', you’re an embarrassment, i’ll beat you like you beat harley quinn
That purple suit...is something you...should only see steve harvey in!
Ah, haha! i feast on your fears!
I’m the derry, maine attraction every twenty-seven years
But you know what? i have a secret (shh) it’s like a very special toy:
If you wanna kill a batman, eat him when he’s a boy
[The Joker]
Don’t you lay a finger on my bat, you little freak!
Or i will spend a whole week knocking out those prickle teeth! (hee-hee-hee!)
Tell your author, for his next gangbang scene
How about a little more pg and a lot less 13?
Even i wouldn’t stoop to that kind of impropriety!
This is earth you space demon, we live in a society! (ha-ha-ha!)
I’ve seen your movies so i know you don’t hurry
But i’ll shoo you down the drain so fast they’ll call you tim scurry!
Ask robin if i drop bars, i take smiles and i leave scars!
Guards at arkham will admit that the joker just killed it! (ha-ha-ha)
[Pennywise]
Arkham? ha! you stole that from h.p. lovecraft
Who needs guards when you couldn’t even escape cesar romero’s mustache?
You jester, i’m montresor, ‘bout to make you my fortunado
And seal this battle up like it was the cask of amontillado! (woo!)
I spit january ember flames! (woo!)
You got beat by the scooby gang! (woo!)
I’m the john wayne of john wayne gacys, the underground clown posse, my flow’s insane!
Poster boy for missing persons posters, joker’s gonna float with me!
‘cause he just messed with the best wall-eyed rapper since the notorious b.i.g.! (wu-ha-ha!)