Your father told me I can stay
But he mistrusts my unfamiliar ways
He wants to use the things I've learnt
Six hundred years of knowledge sorely earned
But if we can stay together
I don't mind the things he tells me
Of defending him in mutiny
I don't care, if you're there, I don't care


On the farms they've made a stand
Against the hated iron hands, they're uniting
They're backed by everyone in town
And I must ride to beat them down, how they're fighting
But I understand their cause
To fight against the laws, they're right
I promised to defend your father to the end and fight
fotky 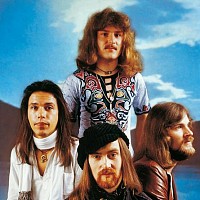 The hatred's there in their eyes
They'll break his might
It's no surprise if they do it
But I must take the other side
And somehow learn to stand and fight
And come through it
Though there's little chance
That I beat bow and lance, I must
Our love drives me on
For you're the only one I can trust