There is only one king.
We will ride beside him.
The troops are fearless.
And we are at his disposal.


At the battlefield, we'll form the toughest shield.
The honor of the king is in our hands.
Our master is guarded by a crew of two hundred men.
Red sun reveals a misty ground.
And silence has formed the battle´s sound.
Deceivers came to claim his crown.
And no one's left alive.
A new day will arise.
fotky 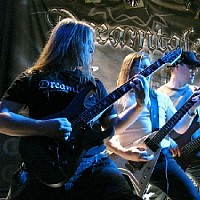 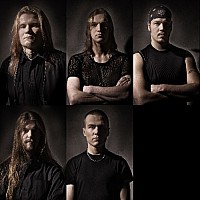 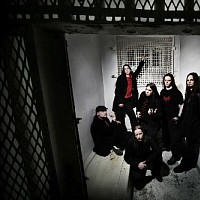 Hail to our lord.
He has led us with his sword.
We shall follow his footsteps for eternity.
Wherever he goes the army will follow
with the strength of two hundred men.
In hunger for gold people trespassed the prison
Of the beast, releasing the ancient evil among us.
Two were given a chance to mend
the failure of the guardians...