The Blazing Monoliths Of Defiance - text


With hearts of midnight, brightened by his infernal light
We stand as a monolith of wrath, united under the goat of a thousand young
Two horns thrust upwards in defiance, three inverted as the trinity denied
A phalanx of mourners in black, falling towards nightly terror
fotky 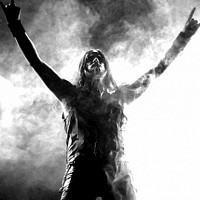 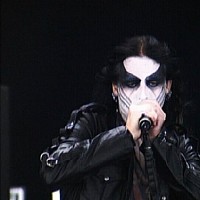 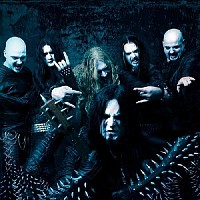 Unleash the tempted beast, raised your horns in prideful blasphemy
I'll be your guide into the glourious darkness
And enchant you like a taste of sin
Unleash the tempted beast,
chant thereon in words
of blazing scorn
Grant me my dark desires,
strengthened through the power of Satan
Take plesure in the torment of the wretched
And rejoice in the delight of the flesh
Behold the face of Satan
And walk the fields of erotic fire
Hunt the Heavens ...
Godless temples beckon
Through gleaming scapes of horrid nightmare
Gathered between symbols and signs
A glow of new light is born out of the night
Give into your lust and carnal desires
in twisted blood-dripping ecstasy
In the name of Satan
I lead you into temptation