Return Of The Dozen Vol. 1 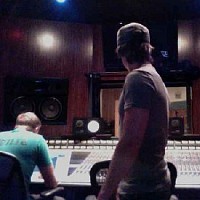 [Verse 2: Swifty McVay]
You got a rebuddle and Im'a handle that
Might not be a fan to rap
So why the fuck y'all staring at me like I'm handicap
You can cath me scrappin in a 3 piece suit
They get unconsious, I'm in their pocket, grabbin their loot
I'm an accurate shooter without the range
For anybody hanging around this bitch,
like noodles or catch this thang
And still, impossible to think that your real
When double barrels are tickling your tonsils, I'm here
I did it, it's me, not easily approached
And tease on how you wanna beef with us and don't
I learnt they don't wanna walk
All they do is talk, but when they mention my name,
they vomit on the spot
When we show up, it's like a commit hit the block
And they starin at us trying to reach slowly for the pot
But all I got is this penis and fat sack
Thats ill enough to turn into a Venus Fly Trap
Mother fucka
[Verse 3: Kuniva]
Nigga this is real shit poppin
All the grinnin ceased when the heat gets the cockin
It's nothin to shut down your block
Or pull up and ask you for a fair one and let the hood watch
Like parents punish kids at the game on lock
But it's still plugged in so the game don't stop
Flew to Vegas, pulled out a notch
And bitches got to linin up like they wanted flava flavs clock
You got beef, better save it for some hoes
You a bum, if you gettin money save it for some clothes
When I say what up doe with that 4-4
Niggas freeze after they see it ain't tone tone
Detroit bread, I'm a hip hop head
With a street mentality and Runyon Ave cred
So enough said, I'm about that bread
I cocks to J-Holliday and puts them to bed
[Chorus]

Return Of The Dozen Vol. 1