Stations Of The Crass

The train now standing on platform four,
What will you do when the gas taps turn?
Where will you be when the bodies burn?
Will you just watch as the cattle trucks roll by?
Pretend it isn't happening? Turn a blind eye?
See the army convoys quietly passing by?
Heard the helicopters in your little bit of sky?
Have you seen the squad cars packed with boys in blue?
Have you ever wondered what they're there to do?
Pictures in the paper of soldiers in the street,
Pictures in the history books of rotting human meat.
Auschwitz's now a tourist spot for the goggle eyed to pry,
Still in working order just for you and I.
Photos of the victims, of gas, of gun, of bomb,
Inheritance of violence in the bookshelves of your home.
Don't wait for it to come to you, cos come it surely will,
The guardians of the state are trained to search, destroy and kill.


There's people sitting at this moment, fingers on the trigger,
There's loyalty and royalty to make their violence figure.
Allegiance to the flag, they say, as they lock the prison door,
Allegiance to normality, that's what lobotomies are for.
God, queen and country, they say we've got the choice,
Free speech for all if you've got no voice.
Propaganda on the airwaves, here's the way to live,
Not for you and me the alternative.
The look for peace in Ireland with a thousand squaddy boys,
Torture in their mental homes is another of their ploys.
They'll keep us all in line, by christ, they'll keep us on our toes,
But if we stand against their power, we'll see how violence grows.
Read it in the paper about rebellious youth,
But it's them that are so violent, it's them that hide the truth.
Stay in line, or pay the cost,
Do you think they care when another life's lost?
Auschwitz's now a tourist spot for the goggle eyed to pry,
Still in working order just for you and I.
fotky 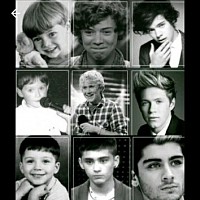 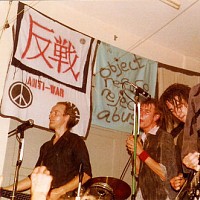 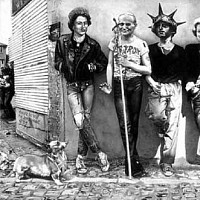 To ashes at Auschwitz it's just a small leap,
From coshes at Southall, life is cheap.
Don't think that they won't do it, cos they already do,
But this time 'round the pawns are me and you.

Stations Of The Crass