Thoughts of the Waves - text

Sdílej
He just stares at the sea and the waves rolling in
from the docks near his family stay.
As the young boy he is it’s engulfing his world,
In his dreams he is sailing away.
But for now he is bound to his poverty’s chains,
And he lives just to stay alive.
He’s to stay where is to provide for his kin,
If he only could find his way out.


There are ships coming in from a world far away,
Bringing treasures from whence they came.
He is hearing the tales from the wandering crew,
Telling stories of fortune and fame.
And he promised himself that whatever it takes,
He would join in and follow his dreams.
If there only was one thing he did with his life,
It would be that for once he’d succeed.
As the years passed him by and his hair turning grey,
He would tell himself time and again.
That one day he would drop the tools of the trade,
And join in with the seafaring men.
But as night became day and the day became night,
he passed opportunity’s call.
Having nothing to say than that, if he had gone,
His whole world would just crumble and fall.
fotky 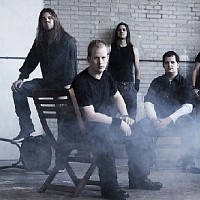 On a stool near the bar where he orders his beer,
He now sits, and that’s all that he craves.
As no longer his dreams are what keep him alive,
Not the travels or thoughts of the waves.
With his family lost to the passing of time,
And a shadow remains of his friends.
Now the tale of his life as a warning is told,
To a young boy that listens intense.