[Intro]
Word
Bet
This beat is like funky
Youknowmsayin?
Who put this beat together, man?
Yo, that's the DJ Unknown
What, Unknown?
Niggas didn't think he was capable of somethin
They don't we got somethin for it
Yeah, man, I wrote some funky lyrics to this
Alright, let's get busy...


[Verse 1 - MC Eiht]
It was a Friday, and Eiht was chillin like a criminal
Didn't know the time, so I peeped out the digital
Jumped in the hooptie, turned on the ignition
Had the slightest worth of gold, but still was on a mission
Down Alondra, rollin kinda tough
Twisted up the chocolate thai, and I started to puff
Aroma smells better than a rose
Needed a shot of the bird, but the sto' was closed
Swooped to my girl house to see what was poppin
To let me know if the panties was droppin
Baby wanted snaps, twenties by the dozen
I guess the tramp thought that the E was buzzin
I couldn't fade it, why the hell should I jib?
Got the 20 sack of thai, and I'm here for the crib
I can't go out like that, that ain't my type
I hooked her up on my late night hype
Geah
Word
Hey man, I don't know what's up with baby, man
This broad is like real trippin
Hey yo, want me to run somethin, homeboy?
Man, I guess, man
Baby thinkin she gon' gank
Ain't no sleepin
Run it down
fotky 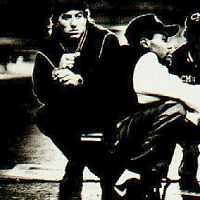 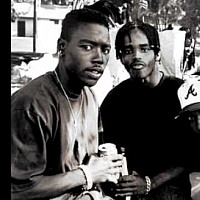 [Verse 2 - Tha Chill]
I was coolin to let you know Tha Chill cools out
Explanation, Chill'll tell you what it's about
At the pad, on the way to E's to get got
And I'm thinkin of a sorry clown we should jack
10:30 is the time I start bailin
"Chill from C.M.W.", the girlies yellin
Pay no attention, all they wanna do is bone ya
Stepped back off the curb, came E around the corner
Music was thumpin, heads started bobbin
Swoopin through Compton like Batman and Robin
E is kinda late, what's the plan for the evening?
(Let's roll till we find a pack of girls that's skeezin)
Skeezin? I play the game like a sport
Yo E, roll out, let me hit the Newport
Boys from Compton (Geah, right)
And we hooked you up on that late night hype
Too fresh
Eiht and Chill is back with a funky track
Yeah, you know that
Hey, I got a 100 to spend
What's up on some Hen?
Yo, man, I'm with that
Let's roll down Compton Boulevard
I know there's stores, they open like, late night
Wanna step?
[Verse 3 - MC Eiht]
2 a.m. on the 91 freeway, lookin spooky
Headed to this girl house to get my dookie
Stopped at the station to fill up the tank
4 niggas rollin, I better watch out for the gank
Move, it was smooth, one of the fools jumped out
Started poppin all this ying-yang from his mouth
I said, "Look, my name is Eiht, and I'm your local town rapper"
He said ("So what? I'm your local town jacker")
Right then I knew I couldn't reason with the chap
So the thought came (E, peel his cap)
I reached under the seat, the sucker got brave
* shots * (Sucker) The punk was sprayed
Checked out myself, everything was cool
Damn, had to lay to rest a crazy fool
Geah, don't try to play, cause yo, that ain't my type
And you'll get hip to my late night hype
Damn, suckers on my tip
Man, homeboy just didn't know
So we got to peel
Youknowmsayin, E?
Man, Chill, these suckers got to know ain't no sleepin
Homeboy, you know we know what's up
And that's on that
Youknowmsayin?
Hey man, let's kick it
I'm with it
[Verse 4 - Tha Chill]
On a night when things was goin kinda slow
Me and E takin to the head a cold 4-0
I was buzzin and clownin a skee' that was short
Right then Eiht passed me the smoke
Chillin much hard, and the phone start ringin
I was buzzin and it looked like the house was swingin
I couldn't fake it, barely made it to the door
I hit a corner, claimed my spot on the floor
Suddenly I smelled perfume that was lit
Opened my eyes, and I had to take a hit
Knock-knock-knock on the door, somebody's trippin
It was my girl, E said (Hit the bud' and stop sippin)
She kept riffin, I said, "Shut the trap
You're pissin me off, you keep it up, and I slap"
She said, "No", I said, "Geah, fool, take a hike
I got no time for your late night hype"
[Outro]
Hey man
Check this out
It's like these girls, man
They just comin to the house like 3 o'clock in the mornin, man
I can't even deal
Man, that ain't nothin
I had this girl last night over my house trippin
Bangin on my door all night
Moms was goin off
Youknowmsayin?
Hey man, I be trippin off these girls I hear
Tryin to say they down with the E, knowmsayin?
But they can like save the drama for they mama
Hey, they keep trippin with me, I'mma have to whip
You know me
Put the whip down on em suckers, huh