Ey yo, I walked through the valley of the shadow of death
When niggas hold tec's like they mad at the ref
That's why I keep a cross on my chest, either that or a vest
Do you believe that Eve had Adam in check? And if so
You gotta expect to sip juice from the forbidden fruit and get loose
Cole is the king, most definite
My little black book thicker than the old testament
Niggas pay for head but the pussy sold separate
Same bitch giving brains to the minister
The same reason they call Mr. Cee "the finisher"
Forbidden fruit, watch for the Adam's apple
Slick with words don't hate me, son
What you eat don't make me shit and who you fuck don't make me cum
Put a price on my head won't make me run,
Try to kill me but it can't be done
Cause my words gon' live forever
You put two and two together Cole here forever
Me and my bitch, took a little trip
Down to the garden, took a little dip (oh no)
Apple juice falling from her lips, took a little sip (boom)
fotky 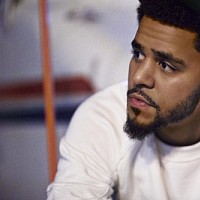 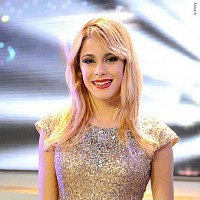 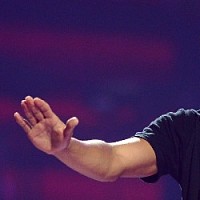 Bitches come and go (You know that)
Money come and go (You know that)
Love come and go (Don't shit last)
Take a seat baby girl you've been all in my mind
I know I ain't called gotta pardon my grind
Just copped a maroon 5, no Adam Levine
Came a man by myself, only father was time
I know that she relate baby daddy ain't shit
So she raised that nigga kids but she swallowing mine
And that's why you all in my mind
All in my line like calling number nine
Cause a nigga poppin' like Harlem in the nine-
Seven, way before Mase was a reverend
I was a young nigga making A's at 11
At 12, tryna get that taste of the heaven, or hell... only time will tell
Fuck her while her mama home, "baby, don't yell"
How many records do a nigga gotta sell
Just to get the cover of the double XL
Or Fader, fuck a magazine hater
When I say that I'm the greatest I ain't talking about later
I'm a drop the album the same day as Kanye
Just to show the boys the man now like Wanyá
And I don't mean no disrespect, I praise legends
But this what's next the boy sick, can't disinfect
Life's a bitch and the pussy's wet
My clip is loaded and this is the kiss of... death. Blah.
Me and my bitch, took a little trip
Down to the garden, took a little dip (oh no)
Apple juice falling from her lips, took a little sip (boom)
Bitches come and go (You know that)
Money come and go (You know that)
Love come and go (Don't shit last)
Don't shit last, and you know that
Went to hell, got hot didn't melt
The only man above me is God himself
All these other niggas is below me
Word to Phife, Q-Tip, Ali, and Jarobi
What up Queens
Cole is the king (and you know that)
Started with A Dollar and a Dream (and you know that)
Never give a bird bitch a ring (you should know that)
Bitch! Bitch!
That should be my new ad lib.
Bitch!
I got a new one; I finally got a cool ad lib.
Be at all the shows everybody be like
Bitch! Bitch!
[Lil Cole:]
Yo, yo, yo pull over right here, right here, here you go
Yeah pull over right here, to the right, pull over, pull over, pull over, pull over
Aight, look look, park right here, I'm a be out it'll be like 30 minutes tops
It'll be like 30 minutes, I'll be right back out, aight
Bitches come and go, bitches come and
Yo, yo what up, what's poppin', I'm back, I'm back
Yo you got that piece ready for me, that Jesus piece?
Nah the gold, the rose gold joint... yeah, yeah, yeah, yeah
Yeah let me see that, oh shit what is that some, what's, what the fuck is that platinum
Is that? What's that chain right there, is that's white gold, that's platinum.
Is that plat, well niggas doing platinum again, niggas doing, niggas ain't even doing platinum yet right, oh shit bout to make
Yo I'm trying to bring that shit back, kill these niggas
Let me see that one too, the wat, the watch, the platinum watch