OSHRJAD:
The night and its terrors have driven you here,
This place where the traveler rests from his fear,
I’ll tell you the tale of someone condemned
He sits and he sings till he meets with his end.
OSHRJAD:
Come, then. Sit, and hear my story. It is the story of Oshrjad Bonebreaker. Ah, I see you know of this orc. But do you know the entire tale?
fotky 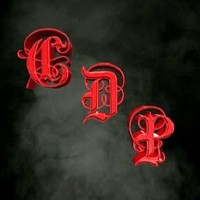 OSHRJAD:
Can noble heart be found in one
Whose kind but evil things hath done?
FAIRIE:
Though abandoned at birth, stunted and frail,
The forest bemoaned that his spirit prevailed
MAN:
He trained, and excelled in the eyes of the horde,
His conquest was made by the edge of his sword.
DWARVES:
An animal skull adorned his belt,
His shoulders were crowned by a massive pelt,
His iron for cleaving was thick and long,
His body of war, leather and strong.
ELF:
In the wake of his sword, trembled my lord,
And the thousands that died at the hands of the horde.
FAIRIE:
And the spirits on high, sang in the gloom,
Only evil so great could bring so much to doom.
OSHRJAD:
Indeed it is true, he was evil and dark,
His struggle was one of a man with a mark,
Cursed be his birth, praised be his death,
Kill every orc that has ever drawn breath.
ELF:
Your words shine with truth, as embroidered with gold,
Nothing but vileness, hardness and cold
Is found in the heart of such ancient perversion,
All good must oppose it with deepest aversion.
OSHRJAD:
And yet, Elven friend, if you had your way,
If Oshrjad Bonebreaker had not lived a day,
He’d never been tortured, nor hate to have seen,
Another soul suffering, nor felt it so keen,
Every crack of their whip made Oshrjad defiant,
Ashamed of his past, he rose like a giant,
To free from the horde, a Dwarf they had chained,
Cursed be his kindness, his soul had been stained.
With vengeance and hatred, howling and fury,
The horde sought to kill him, a thousand blades would bury
But Oshrjad escaped them, awaiting the night,
When the horde would find him, set all things right.
MAN:
If Oshrjad be changed, where is he now?
DWARF:
So we may stand with him no matter how?
OSHRJAD:
He sits here before you, and lo: they have found him.