The Voices from Beneath the Well - text

A distant moan pierces the calm stillness of the night. Awakened from a dream-less slumber, you hear a voice calling out your name. Enthralled by strange rhythmic sounds, your bewitched body exits your house and climbs down the village’s dried up well. Drum-pounding echoes through the stone corridors as you delve into the subterranean labyrinth, while moaning voices speak to you in unknown tongues. The aroma of feces and aeons of decay fills your nostrils. Regurgitated bile, phlegm and mucus spews out of your mouth. Mesmerised by the morbid calling of death, you let the enigmatic voices lead you into a vast corridor.
"Your fellow villagers, all nailed to stone pillars,
Entrails hanging, eyes and tongue removed."

The drum-pounding quickens, as you wake from your otherworldly trance. Despair and grief fills your panicked soul as you attempt to escape with your life. You run away, but you fall into an invisible pitfall. You cannot move anymore, because you broke your spine at the bottom. And as the moaning voices turn into laughter, rotting hands erupt from the ground and drag your body beneath the mud.
fotky 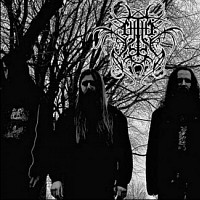