Tito, crack that dutch
Roll that purple up
Niggas slacking in their macking
Simpin' in their pimpin'
Glad I got you baby
You the only one I can count on man
You my crutch man, yo


We leave spots milked, you get your top tilt
Mop filled, my block leaves cops killed, duck shots still
You not built, you had zirconia's, those was zirconia's
I kept it spot built, I can ensemble linen
Grinning on rock, silk, I'm hitting bitches like switches
I'm a top Wilt, that's Chamberlain, mama became a friend
Said she had the lamest men, wanted to learn the game I'm in
I had to game her then, you rearrange your friends
Then you change that Benz, we need a Range with Rims
She bought a gravy Rover, it had a pastry odor
Yes she made the quota, cause I'm like Ray Liotta
Fiends in a caskets, leaning them bastards
But the meanest of fabrics, when I'm with Athena Onassis
Or Ms. Trina, the queen of the asses
Causes when it come to purple, I've seen it in masses
Whoo! Tito, you almost finished? (This ain't purple neither Tito)
This blunt almost out right here (I don't know what this is)
I love you man (I'm not smoking this)
Only thing I count on is you (Tito I want him, I don't want him)
Tito just got the blunt, (Don't fuck with nothing else but you)
I'm reloaded now, (God damn)
(Tito roll me up another blunt, something ain't right with this)
fotky 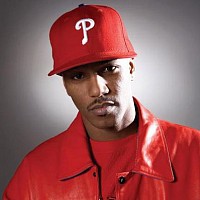 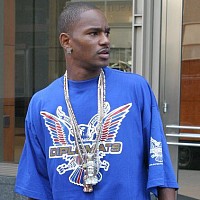 And I'm a nuisance child, game in a stupor now
Plus, I'm stupid foul, pulled a coupe to trial
I come through Canal, and let the Luger style
In the DA mouth shit, here's a root canal
Right on center street, put 'em on front street
Next day the front page, who gonna front on me
Girls deranked and chumped, call 'em skank and cunt
Take a trip with the Dip bitch, to the bank to stunt
Serena Williams, down to Ivanka Trump
Who wanna bang her rump, chump, yes I bring the pump
That's why I'm kinda hyped, because my money's good
Which means my mind is right, so I got time to write
How I grind at night, Next tab, china white
Army hat, army jacket, yesir my line is right
Diminish his army, we finished the Dom P
Now let's get purple like Grimace and Barney
Holla
I gotta come in now, I don't know what Tito's rolling up
I gotta roll it up my self (I don't know what's in them Dutch Masters)
If you don't crush your own weed up
And put it in the blunt yourself
Your own brother'll hand you some dust
That's what time it is
I gotta come in
Give me two minutes y'all, I'll be back with y'all in a minute
I gotta roll up