[Black Thought]
Yo - I don't really know but somebody said
that the O.G. flow, it could fuck witcha head
And the po-lice know that the green black and red
too strong to con-trol, they study what I said
Dig it - my name is 'Riq, and when I'm on the mic
I'm known to spit somethin that these MC's hate
I couldn't care less what you feel what you say
Cause I gotta put it to you in my own special way - I'm a MONSTER!
You know I'm certified sick
I came from the corner where nobody got shit
Took the cards I was dealt, turned it into hot spit
Now I'm not only a passenger, I'm in the cockpit
Been a long time comin, I was caught in the scramble
of cats, tryin to do the same thing that they man do
Eagles born to fly, real is made to ramble
''A Dangerous Mind,'' I'm a prime example
[Chorus]
fotky 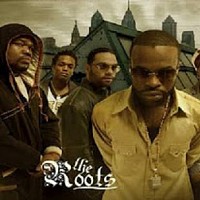 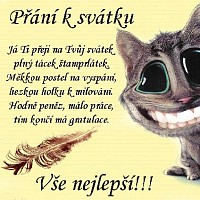 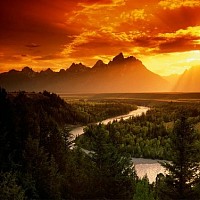 [Black Thought]
Superfans wanna run up on me sparkin the ground up
You need to fall back, could be NARC's around us
You in a hot area for marchin powder
If you holdin chowder, just walk without it
Them real crook brothers don't talk about it
They never make a move 'til they thought shit out kid
I knew a lot of men who did bids for mayhem
They made a lot of money, they money never made them
The game of survival is filled with rivals
Knives and fo'-five slugs flyin in spirals
The wicked is diseased and it ain't all viral
Could be greed and gluttony bubblin inside you
Dawg, follow your pride, the rhythm'll guide you
Yo, follow them guys, them niggaz'll rob you
And have you up in somethin that dont' really involve you
But you don't give a fuck you wanna pump the volume, I know
[Chorus]
[Black Thought]
Yo, aiyyo the waistline thumpin, the face kinda jumpin the game
Lookin sweeter than a bassline bumpin
Don't come 'round me sparks and waste time frontin
Them trick ass marks'll get the eight-five dumpin
It ain't really bout nothin - Philly just love cuttin
They shut shit down before the law start shuttin
Get your route right cousin - be out nightclubbin relaxed
And wanna get lights out tonight brother, perhaps
It's the percussion that keeps shit, kinetic
For some it ain't as fame, more sweet the street credit
Some cats that play dirty didn't live, to regret it
But move to the music he can live through the record
I'm a Philly boss player, a dope rhyme sayer
It's Black Ink back gettin cake by the layer
by the stack, comin at us, get your weight right yeah
If not, you makin a mistake right there, f'real
[Chorus - 2X]