Don't Try This at Home


Now I believe to be here is right
But I have to say that I'm scared tonight
Crouching in this hole with a mouth full of sand
What comes first the country or the man?
Look at those slanted eyes coming up over the hill
Catching us by surprise, it's time to kill or to be killed
fotky 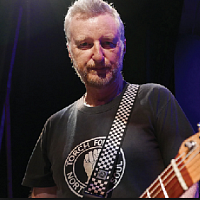 Over here, over there, it's the same everywhere
A boy cries out for his mama before he dies for his home
All my life I wanted to be
As clever and strong as my best friend Lee
We grew up together along Half Moon Bay
Lee was Japanese, born in the USA
When Tommy was fighting Jerry along the River Seine
Me and Lee wanted to do the same
Then they bombed Pearl Harbour at the break of day
I was headed for these islands while Lee was hauled away
They said look at his slanted eyes, he's guilty as guilty can be
Sent here as enemy spies to sabatage the Land of the Free
I never got home, my platoon was never saved
That little fox hole became my island grave
Lee got out of jail but a prisoner he remained
Till he ended his own life to lose that ball and chain
And they said Oh Little Slanted Eyes can't you forgive and forget?
And he said, Oh Mr Friendly Ghost
Can you catch water in a net?

Don't Try This at Home