Dancin', dancin' dancin' like you fucking got a reason
Dancing like it's something to believe in
Dancing like it's fuckin' dancing season
Blame it on the alcohol or blame it on sativa
The harder your heart keep beating
Only feel bad while you're thinkin'
Pop pop pop like Pepsi Coke, the best we smoke
Plus the tan look like you flew in from Mexico
Go go, let me see how wild it get
Bustin' wide as it get
You need to be taken care of and pampered
But just like a pamper, he on that childish shit
I know you've been silencing your phone
(Silencing your phone, ignoring calls from home)
I know you've been tryna get along
What's up, it's on, no games, we grown
I know you feel like sometimes that y'all don't speak the same language
I know that you just wanna let it go with all the bitches that you came with
fotky 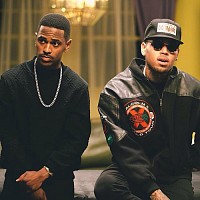 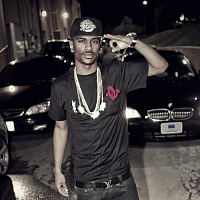 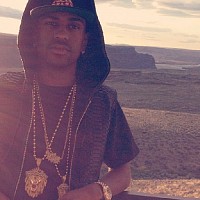 I know you've been going through some thangs, wanna get away
Baby let me be your vacation
The other chick you've been fuckin' with is a trip
You know she be playin'
Baby I am just saying
I know you know I am down for whatever, yeah
You know I'm just here to make you feel better, yeah
Take a load off on my private island
Come inside and go into hiding
I know that you've been sacrificing your time
And need time to unwind and let go
So let go and let's go and let's roll and we roll
Excited, activated get ignited
So many charges on my card oh God I think I got indicted
Get a, get a night, get a day, get a room, get a place
Get a drink, pop a bottle, maybe we can get away
You a star, you need space
We can shoot up by the town
Have you ever been to Texas?
South By Southwest
Where we can smoke a zip like we can't get arrested
Where they might know us off any intersection
I mean baby I know you've been, wanna be that baddest
Wanna be with somebody who ain't never had it
No status, just all cinematics, you just got casted
I know you've been crying and poutin'
Know you're tired of arguing
But no screaming and shouting
And you know we on a roll like we did good in college
Throwin' hundreds and thousands
Like they not hundreds and thousands
Why? Cause I know you've been going through some things
(I know you've been going through some things you can't explain
Which your may think that shit insane
I know you just tryna maintain, that shit is lame, you can't complain)
I know you don't even love the same, do you, do you?
(Don't love the same, I know you've been diving through pain
I know you runnin' so crazy, I know you runnin' on empty
That shit can fuck with your mente
I know this shit, don't you tempt me, I know you...)
The way you move it's like you could use a vacation
Drinking Hen' and the harder you dance
I swear right now it look like you on a vacation
Gotta get away, make it happen
Whatever happened just had to happen
On vacation, yeah
I know you've been, I know you've been
I know it look like like you need a vacation
How 'bout Hawaii, maybe Jamaica, maybe Asia
Taking you places 'lotta nigga can't take ya
Don't forget the make up
Yeah