You had my channels on your shoulders
Your channel's shit, washed up, you're the oldest
They're five other guy you coulda went in on
Mistakes were made in the process
How come when everything goes wrong in your life you stick it on me? (wasteman)


Are you upset that Simon, Josh and Vikk are making more P?
Jide, I think you're delusional
Took a break from your channel to confuse them all
In reality you lied, took the wrong side
And now we're selling tickets to your funeral
Chatting shit about Emily
I showed my girlfriend, but where's yours? (nowhere)
Only got a leaked Keemstar pic
Are you afraid of showing her flaws?
Fat joke here, fat joke there
You've got the best fat joke of the year
Honestly, I expected better
From someone who's 3 EPs clear
"No, Ethan, stop that
Please stop that
I beg you, stop that"
Erm, no, sorry
You asked for this, ready? (keep up)
I never thought I'd see the day
When one of the biggest channels would fade away
And by fade away, I don't mean fadeaway
Picking on smaller channels is the saddest way
And all my subs know I'm not to blame
You thought coming at me would be an easy game
Taken me half a song, and I've killed your name
I'm coming at your throat, I don't want your fame
Never made it personal
Never made a diss
Lack of relevancy made you do this
You never moved out
And I never moved in
You went and sold your Lambo, do you want a spin?
Oh you want a spin?
Well you've been spun
Don't get me started on RiceGum
My boy's reply has been out seven months
And you lot really think you're in front?
fotky 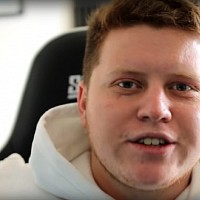 Ahaha
You thought I wouldn't do it
But guess what, I did! hahaha
You don't even know what we've got for the second one
I'll see you guys soon
Peace