[Verse 1]
Yo, you rocking with the man crook
You can get your man took quicker than your hand shook
No frontin', it’s about his paper
He a giver, I’m a taker and a fibber and a faker
You gotta spend a lot for this behavior
If it ain’t about a dollar, I’m a holler at you later


[Bridge]
Yeah, you already know
I get the dough and it’s never slow (and it's never slow)
Let me know, and if you don’t, it’s whatever, yo
(Pay, pay, pay)
Gotta get it, gotta get, I gotta get it
You gotta spend a lot for this behavior
If it ain’t about a dollar, I’m a holler at you later
[Verse 2]
Light skin world, light skin girls
Switching his vanilla cause he likes that swirl, yeah
He like black girls and he love a musician
I'm fucking with this older nigga, he a fucking magician, son
He tricking off, cause my verse perverse
And jerking off when a bitch rehearse him
And when I lift the skirt, your nigga never gotta be coerced
To just squirt and he eats the dessert and that’s some real shit
I mean real tits, nice ass, tight twat
Dome fucking up a nigga home, call a bitch S.W.A.T
Uh, I get it tighter than a gridlock
Open your face and let a bitch squat
I tell him you should let his bitch watch
Cause she wanna kiss, nah
I tell her she could lick this box
Cause I ain’t really with that dick-swap
Even if you switch socks
Bitch is fishier than Chip Shop
And he was praying that her shit pop
Every time I say deeper, I get it warmer than a space heater
No ordinary taste either, it's that candy
He was tryna lick it off the seam of my panties
I was tryna kick him out, but he was like can he-
Eat a little dinner, want to sit with my family
Nah, there's probably not a lot in this container
If it ain’t about a dollar, I’m a holler at you later (ha!)
fotky 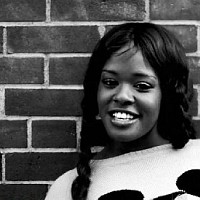 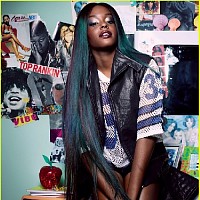 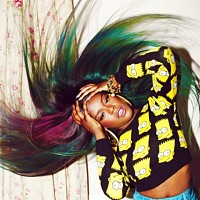