Yes, I feel the end, the end is close
The same thing hapenned eons ago
To know exactly you have to read up some more
Everyday technology speeds up some more


As is above, so is below
Some feel the heat, yeah, some feel the cold
We are the souls, yes, we have been chose
Some roll with angels and demons and ghosts
But shhh! Hold up Bob, don't go there
You know that they watching,
they all see and stare, but
They can't stop me I'm already there
fotky 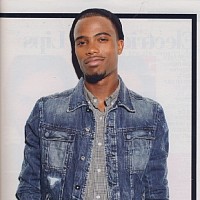 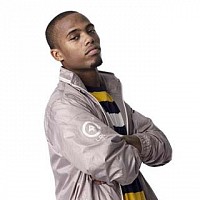 And ya'll ain't seen shit but you're already scared
I'm gone, high like frutose, frutose
You wanna know the truth, really, you gone, you gone
It'll blow ya out ya mind like a UFO, UFO
I'm basically a resident of Pluto
You know, but you're probably be the same one hating
Saying every rapper is in the freemasons
While the cops giving out free mase to your face
Now how do that taste
I'm outta my mind
These video's tellin' yo lies, bruh
Tellin' yo, we holding evil and signs, bruh
Last time I checked I'm from the eastside, bruh
So do you research and make ya own mind up
'Cause us musicians have influence on the mic
But they don't like that so they conquer and divide
Double H N D, hip hop never dies
So shoot all you want, but we fly
Because you know, no one man should have all that power
Obviously cause it's only one power
But nevermind, y' all keep workshipping towers
While the clock keeps handing yo hours
But pucker up because the truth gets sour
More sour than the sour diesel I devour
Hear me by the hour, I give ya fifty vowels
When I brain storm its like a shower
So pull out your towels
And don't let 'em play you
Do your own thing
Fuck what they do
And if you good at something make sure they pay you
And if not take a thank you
Whether they praise you, or whether they hate you
It's all about the attention that they pay you
Ya'll on that grape drink
Try this grape juice
Shouts to Grand Hustle
We got that break through
And yes, it's evident we better than
the rest of these competitors
Really there ain't no one else ahead of us
Y'all was these verses off etc, etc
'Cause they watching y'all like the Federers, owww
Kadoosh, kadoosh, kadoosh
It's B.O.B and I'm out
Peace!