Yeah, this album is dedicated to all the teachers that told me
I'd never amount to nothin', to all the people that lived above the
buildings that I was hustlin' in front of that called the police on
me when I was just tryin' to make some money to feed my daughters,
and all the niggaz in the struggle, you know what I'm sayin'? 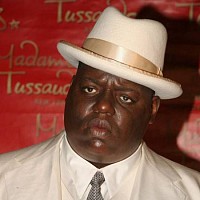 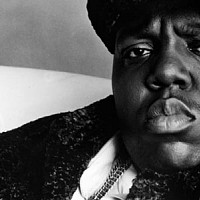 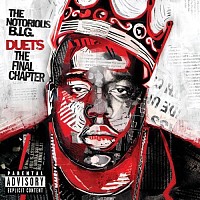 It was all a dream
I used to read Word Up magazine
Salt'n'Pepa and Heavy D up in the limousine
Hangin' pictures on my wall
Every Saturday Rap Attack, Mr. Magic, Marley Marl
I let my tape rock 'til my tape popped
Smokin' weed and bamboo, sippin' on private stock
Way back, when I had the red and black lumberjack
With the hat to match
Remember Rappin' Duke, duh-ha, duh-ha
You never thought that hip hop would take it this far
Now I'm in the limelight 'cause I rhyme tight
Time to get paid, blow up like the World Trade
Born sinner, the opposite of a winner
Remember when I used to eat sardines for dinner
Peace to Ron G, Brucey B, Kid Capri
Funkmaster Flex, Lovebug Starsky
I'm blowin' up like you thought I would
Call the crib, same number same hood
It's all good
Uh, and if you don't know, now you know, nigga, uh
[Chorus:]
You know very well who you are
Don't let em hold you down, reach for the stars
You had a go, but not that many
'cause you're the only one I'll give you good and plenty
[Verse Two:]
I made the change from a common thief
To up close and personal with Robin Leach
And I'm far from cheap, I smoke skunk with my peeps all day
Spread love, it's the Brooklyn way
The Moet and Alize keep me pissy
Girls used to diss me
Now they write letters 'cause they miss me
I never thought it could happen, this rappin' stuff
I was too used to packin' gats and stuff
Now honies play me close like butter played toast
From the Mississippi down to the east coast
Condos in Queens, indo for weeks
Sold out seats to hear Biggie Smalls speak
Livin' life without fear
Puttin' 5 karats in my baby girl's ears
Lunches, brunches, interviews by the pool
Considered a fool 'cause I dropped out of high school
Stereotypes of a black male misunderstood
And it's still all good
Uh...and if you don't know, now you know, nigga
[Verse Three:]
Super Nintendo, Sega Genesis
When I was dead broke, man I couldn't picture this
50 inch screen, money green leather sofa
Got two rides, a limousine with a chauffeur
Phone bill about two G's flat
No need to worry, my accountant handles that
And my whole crew is loungin'
Celebratin' every day, no more public housin'
Thinkin' back on my one-room shack
Now my mom pimps a Ac' with minks on her back
And she loves to show me off, of course
Smiles every time my face is up in The Source
We used to fuss when the landlord dissed us
No heat, wonder why Christmas missed us
Birthdays was the worst days
Now we sip champagne when we thirst-ay
Uh, damn right I like the life I live
'Cause I went from negative to positive
And it's all...