Great portals open!
From where old walls have guarded in slumber, and where statues, older yet, have watched with dreary eye and heavy mind, the eroding barriers

Thy illuminated procession
Storming visions sanctioned from the prisms depths
Walk the Ley-Lines and embrace the horror (whore)
Of the revelations:
fotky 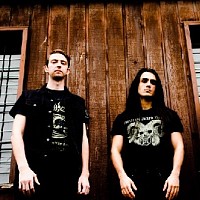 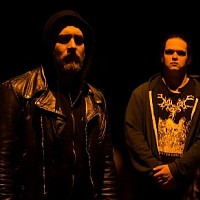 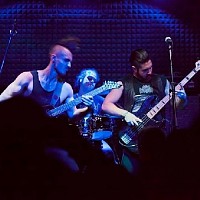 They have broken through
The prophetic omens howled from the amalgams orifices seethe and close
Bleed and ring true
Realized, they shatter our fragile shell
Decades waning beneath a thousand-faced moon
"Madness rides the star-wind. Claws and teeth sharpened on centuries of corpses. Dripping death astride a bacchanale of bats from nigh-black ruins of buried temples of Belial."
And I heard the vociferation out of their temple saying to the thousand angels (angles): "Go your ways and empty the vials of the wrath of God(s) upon the earth."
When 7 are broken, 1000 shall be born
Shatter Sinaï
Dawn the impossible- a million favoured trumpets resound
And on high whispered "Rejoice in the end of existence)
Spawn the impossible from the tars of pre-creation and splinter the faiths of man
Beelzebub
Zebubbael
Zionbabel
They awaken
And in their awakening they shatter mans delusions of Gods and devils, the lies of science and the tenderness of conscious thought.
There will be no gnosis in death, nor ascension of any sort, only formless voices
From the veiled thrones