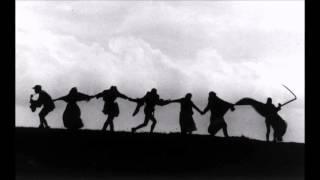 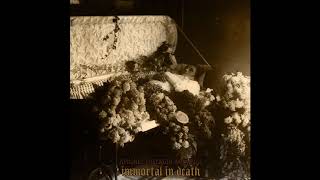 A whole life is miserably crashing
like ancient monuments of a once living epoch
collapse under the heavy wing of infinite time
Dust of the past years has blinded men's eyes
marking the boundaries of their fears
So purposeless and miserable, their search for a higher truth
for something better than themselves
Everything that once you knew
everything that once you appreciated
is now laying in black oceans of lies
Thousands of days will pass, thousands of dreams will die
but you cannot drown all the pain in those depth
Aimless effort, vain hopes like a frightened animal grumbling rushed away
A stream of eternity unable to fill the void of your words
Human's life - the death sentence, signed at birth into this world...
and eyes devoid of life, blinded by illusions...
Inside of you a coward soul, you deny the truth frightened for a non-existent god
gripping the cross with wrinkled hands from which the shine of life has gone
...And in the darkness, in which we always dwell, you will not find anyone
who would listen to your moaning and dissolve your suffering
Wipe your tears and reflect in the emptiness of death…
Forsaken, as you always were
Never lived, just forgotten
And here is the world, as it always was
Observing the light passing away
It tells us to be who we really are, freedom never lasts long enough
Ruins upon the scorched earth
splintered remains in death's rebirth
Life of man is like a crowd of worms
Like worms feeding on you in your grave
Silently disappointed, we observe our sanity passing away