Afroholic... The Even Better Times

Afroman]
Wait a minute man
Hey check this out man tell it
It was this blind man right, it was this blind man right
He was feelin' his way down the street with a stick right, hey
He walked past this fish market, you know what I'm sayin'
He stopped he took a deep breath he said
Snfffffff, woooo good morning ladies, ha
You like that shit man
Hey man Ive got a gang of that shit man
Hey I'll tell you what
We'll all have a good time
We'll pull on the drug
And hey, hey if everybody try on the mike I'll tell you all these motherfuckin' jokes I got
First I'm gonna start off like that, hey help me sing it homeboy


[CHORUS]
said colt 45 and two zigzags baby thats all we need
we can go to the park, after dark
smoke that tumbleweed
as the marijuana burn we can take our turn
singin' them dirty rap songs
stop and hit the bong like cheech and chong
and sell tapes from here to hong kong
so roll, roll, roll my joint, pick out the seeds and stems
Feeling high as hell flyin' through palmdale
skatin' on jaggy rims
so roll, roll, the '83 cadilaac coupe deville
if my tapes and my cds just don't sell, I bet my cabby will
well it was just sundown in small white town
they call it east side palmdale
when the afroman walked through the white land
houses went up for sale
well I was standing on the corner sellin' rap cds
when I met a little girl named Jan
I let her ride in my caddy
because I didnt know her daddy was the leader of the ku klux klan
we fucked on the bed
fucked on the floor
fucked so long I grew a fuckin' afro
then I fucked to the left (left)
fucked to the right (right)
she sucked my dick 'til the shit turned white
thought to myself sheeba-sheeba
got my ass lookin' like a zebra
I put on my clothes and I was on my way
until her daddy pulled up in a chevrolet
and so I ran I jumped out the back window
but her daddy he was waitin' with a two-by-four
he beat me to the left
be beat me to the right
the motherfucker whooped my ass all night
but I ain't mad at her prejudice dad
thats the best damn pussy I ever had
got a bag of weed and a bottle of wine
I'm gonna fuck that bitch just one more time
fotky 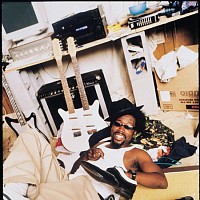 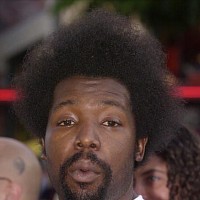 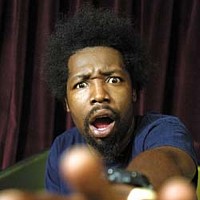 Afroholic... The Even Better Times