Reap What You Saw - text

...and the Seventh His Soul Detesteth


Slithering senses as the darkness becomes a cloak
Colorless without motion to the world outside
What beckons the eyes of the beholder?
Than mere detest for the unintelligible
Forevermore and beyond all there is
Time is collapsing and the mind expanding
The breath doesn't mean life
The eyes doesn't meansight
Reap the energies from the cosmos within
Eat the light and swallow the darkness
fotky 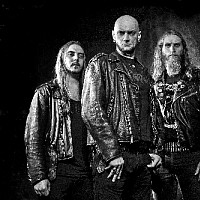 ...and the Seventh His Soul Detesteth